South Korea and The EU 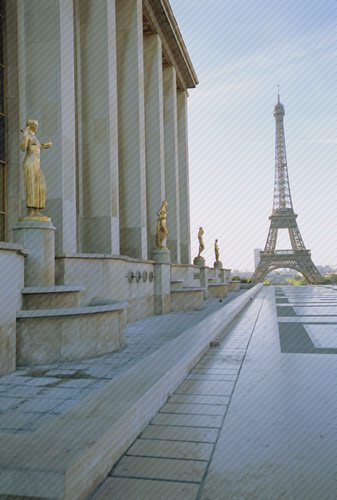 The relation between France and Korea began in 1886 when the two countries concluded a friendship and trade treaty. The relations were so good that during the Korean War, France provided soldiers through the United-Nations. Hundreds of men perished during the fight. Since then, the relations between the two countries include every domain: political, economic, cultural and scientific. A general partnership was initiated in 2004 and during the France-Korea year (2015-2016), event intended for the 130th anniversary celebration of the two countries’ relations, both agreed to intensify its action. Ever since, several mutual visits were scheduled with several political personalities, including the French President François Hollande on November the 4th 2015 in South Korea, and Korean President Park Geun-Hye from June 1st to June 4th 2015 in France.

The two countries kept a very abundant diplomatic dialogue on the global scale, mainly through the United-Nations and the G20 meetings. France being a member of the Security Council of the UNO, issues related to the nuclear threats of North Korea made both countries very close.
Korea represents the 4th trading partner of France in Asia. Since the free-trade agreement signed in 2011 between the two countries, trade exchanges never were as good as today. We count nearly 8 milliard euros of total exchanges. Among them, the more influent domains are the aeronautic, the chemistry, the health and last but not least luxury products.

Besides France is one of the main European investor in South Korea which makes it a major foreign investor. France has at least 200 subsidiaries of companies belonging to previously mentioned sectors. The two countries agreed to accentuate their economic relations on the innovation and the development of start-ups.
Following the celebration of the France-Korea year in 2015 and 2016, six agreements were concluded in the educative and scientific domain. Including the mutual recognition of the qualifications and studies which will improve the educative cooperation but also concerning the research sector. France represents the 7th country chosen by Korean students for their studies and is the 1th in Europe. Thus, more than 400 partnerships were made between French and Korean superior institutes which allowed nearly 1000 French students to go to South Korea and 6500 Korean students to go to France. The Korean language obtained the same status as the Chinese and Japanese languages which intensifies the linguistic cooperation between the two countries. Besides, a Francophonie promotion Council was established in South Korea in 2015.

The France-Korea year event revived the cultural collaborations which gather any artistic forms: music, cinema, theater, literature, and so on… in all 150 cultural projects were introduced during the event. It is through festivals, art centers, educative events and many others that the French culture was spread in Korea. Organizations such as the Alliance Française in Korea and the Korean Cultural Center in France regularly set up cultural events related to the two countries and thus create local exchanges. The past few years, South Korea is taking advantage of the worldwide influence of the “Hallyu” phenomenon in order to share its traditional and gastronomic culture.